Why don’t they just go get jobs? 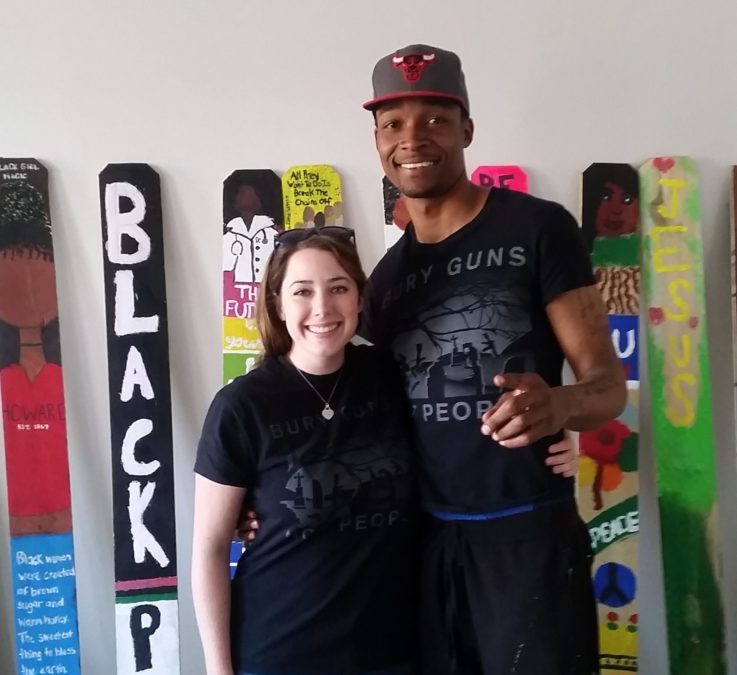 My Co-Executive Director Quentin once said that it’s easier to get a gun in Englewood than it is to get a job. He’s right. At least once every few months when I am speaking about crime in Englewood someone will ask me, “why don’t they just go get jobs?”

If only it were that simple. Englewood is an opportunity desert, and the issues are intertwined in a massive web. Once caught up in this web it is hard to get out.

I want you to picture a young man growing up in Englewood, living in an opportunity desert.

He has most likely lost multiple friends to gun violence before his 18th birthday. He has other friends who are incarcerated and some who are survivors of police brutality. He frequently leaves school early because he has a long walk home through rival gang territory and is often in fear for his life. The young man may walk out on the class that sparks his interest in a subject, one that could inspire him and change his life. But he can’t risk his life for that.

His school has branded him as a “problem student,” and he is not receiving an education designed for him to be successful. This young man, like many that I work with, does not have access to his birth certificate or social security card. He also doesn’t have the money to get new ones. In need of money but with no government ID, no access to safe transportation, and few clean clothes, it is hard for him to get a legal job. He instead turned to the streets. He ends up getting kicked out of school and after that the home. He is hungry.

He needs to survive.

This young man is not a “bad egg” or an exception. Every day I work with these young men, who are doing what they need to do to survive. In Englewood, access to resources such as health care and aid are limited, and often hard to access due to violence and limited transportation. Fresh and healthy food is not available for many residents. Neighborhood schools are under funded and many continue to follow a punitive system with suspensions and expulsions,  as opposed to utilizing restorative methods. The community is heavily policed and gun violence is a normal occurrence. Joblessness and hopelessness are high.

Englewood is a beautiful community, but people are hurting. It’s hard to heal when there is so much hurt and there is little or no opportunity to move forward.

I had a very disturbing phone call with the Secretary of State’s office recently. I was speaking with a supervisor because I wanted to know why three people that I knew were homeless and in need of an ID could not get their ID with the homeless voucher we filled out and had notarized, something I had done quite a few times with no issue. Each man had brought along in item that proved who they were, one with a birth certificate, another with a social security card, and the third with his high school transcripts.

Because none of them had ever had a state ID before and were therefore not in the system, they apparently needed to bring more forms of ID to prove who they were. I told the woman that this system is what is setting back so many of the people I work with, and she told me that the government has made the process for obtaining an ID stricter.

Road blocks like this can completely throw someone off the track and because it happens frequently it has taken a toll on the community.

There is a Masai saying “How are the children?” They ask because if the children are well then the people are well. We need to ask ourselves how are our children? Some of our children will grow up to young adults thinking that turning to street life is the only option because the system makes it appear that way.

I cannot express enough that many of these young men society branded as “gangbangers” are not out hustling because they think it’s fun, they are doing the best they can do to survive and provide a livelihood for their families.

What many people don’t understand is that racist, structural violence and oppression is the root of the violence we see in the streets. Poverty, violence, and isolation lead to trauma. Trauma leads to hopelessness and when there is no hope that tomorrow can be different than today on wide scale then you see the amount of violence currently going on in Chicago. 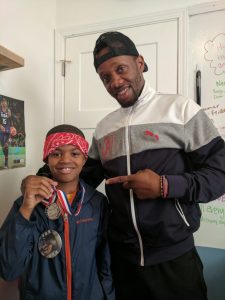 I Grow Chicago’s “Survive to Thrive” program is a comprehensive job and life skills program that meets people where they are at, without judgement. We work together with our community to navigate the various systems that hold people back. If we as a society want to see a substantial decrease in gun violence then we must make it easier for people to move forward. It’s unacceptable that getting an ID is such a barrier for so many people. An ID should be a right, not a road block.

A young man told me yesterday that he ended up dropping out of school because it was too dangerous to walk. We assisted him in getting his ID and today he is going on a job interview, determined to do the best he can for his growing family. He just needs some support and opportunity.

In 2017, approximately 40 people we worked with got hired at full or part time at jobs throughout Chicago. We provide CTA fare for the first three weeks of someone’s job and will sponsor uniforms.