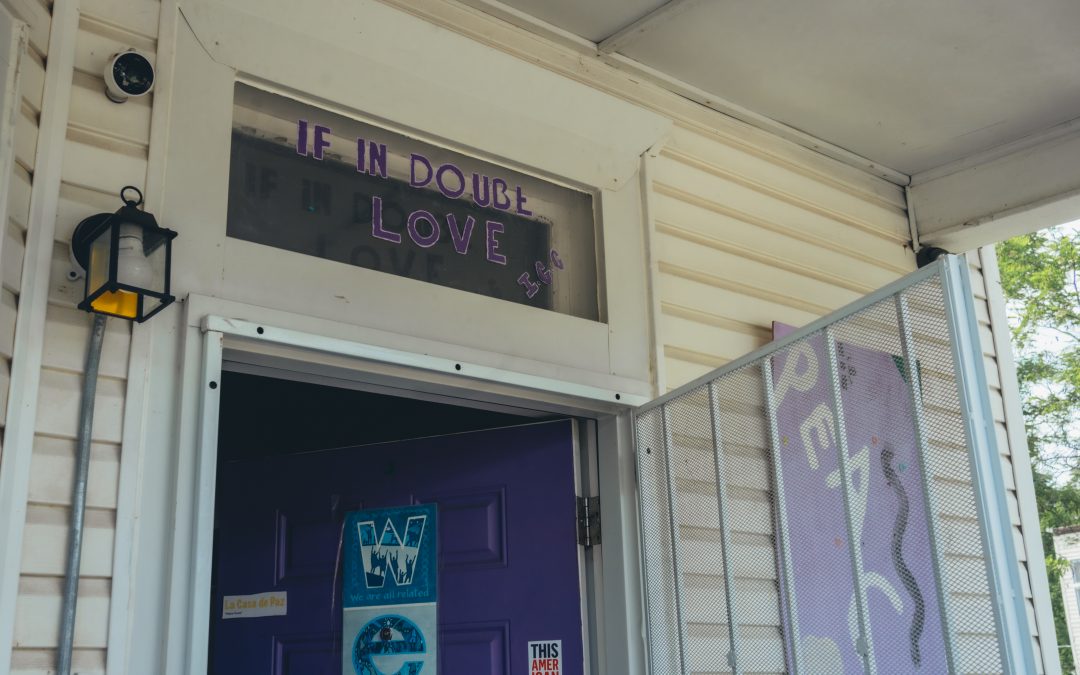 Funny, I thought my childhood was normal… drug dealers as friendly neighbors who would come drink with my uncles as we sat on the front porch; gang-bangers were either your best friends or the kids you didn’t know and ran from; playing strikeout on the abandoned buildings; getting groceries and dinner from fast food or liquor stores; gunshots instead of fireworks; jumping off broken down cars unto mattresses in vacant lots; playing basketball in the alley using milk crates because the parks were far away and all the rims were missing; etc. In all honesty, it just sounds normal. That’s how all the kids grew up. So, mind you, I thought nothing of it until I got older and started having health issues. Granted, I take blame in my own decisions, yet one night it hit me over the head like a ton of bricks: was I indeed a product of my environment?

Englewood isn’t known to be the healthiest neighborhood in the city — quite the opposite. It leads the city in violent crimes and shootings seemed to be a source of pride in my neighborhood. My family had lived in the same home for over 100 years and had seen many of the changes that came with the area. Englewood had changed that’s for sure, but in some ways, things always stayed the same.

I moved out of the neighborhood up north to Andersonville over 10 years ago now because of my commute to work. It was in this move I started to see the differences in areas of the city. I saw the blatant differences in social and business opportunities. A further deep dive into it had me looking for large grocery stores for produce, or health centers and workout gyms. Places like 7-11, Starbucks and Chipotle were seemingly on every other block once you’re north of Roosevelt. They just didn’t exist in Englewood. Kids had only heard of these places on TV or seen them on school field trips. Soon things became obvious and more obvious, then rather scary: my young nieces and nephews were living the same life I did.

The families of Englewood were falling into the cycle we all had for decades: living in a food desert, unhealthy eating, gangs, drug dealers, joblessness, homelessness throughout the neighborhood, while more and more abandoned buildings were born everyday from businesses and families leaving the area. There’s no growth here. There’s nothing to look forward to. I was lucky to get out, but even then, that cost me half a foot. Worst of all, nothing seemed to be changing. And honestly something needed to. I couldn’t bear to see the next generation of my family fall into the same unhealthy habits and life we had before them.

Fast forward – Once I found I Grow Chicago online my life started to change. It just didn’t seem real: a story like this in our neighborhood? An actual place built on genuine love, hope, change, and healing? Seems like a great story but things like this always have a catch or fall apart. You learn not to expect happy endings here. I often wanted to believe but honestly, I wasn’t sold. It’s trendy to come in and think you’re “helping the community”. You do a little something to make yourself feel good, and then we never see you again. So this! This was new. A house? What they are doing just couldn’t be real. Yet there they were, here they are, and not only had they doubled-down, they even brought chickens! Soon I’d witness and help IGC deal with everything thrown at them with hugs and smiles. It actually made me believe in something more. Superman was real, and in the form of the Peace House.

And now? Well, things have changed. Life has changed for us all, really. Imagine helping someone right out of prison find a job to support himself and his family…or just even finally being able to not live on the streets. Then in one swoop the world takes that job away from him and dares him to survive. Imagine living in a neighborhood that doesn’t have the resources needed to care for itself like other communities do: not able to get the necessities to live because walking out the door could mean they may never walk back in them again, or worse…cost their family members their lives. In Andersonville, I drink my coldest water from the sink in the bathroom yet my own family can’t drink the water in their house because of contamination. And it’s not just my family dealing with this.

When this started I had no thoughts of my well-being or how i’d maintain (I’m not working at all since the quarantine started and I have no timetable for when i’ll start) but I could only think of my family. My mom and sister already are dealing with health issues, my nieces and nephews are in and around children all day in school…it was a matter of time, in my mind, of one of them getting sick. It rocked me. There’s no way my family can maintain without leaving the house. I found myself praying for a miracle as soon as possible, with U2’s song “Miracle Drug” playing in my head in what seemed to be every minute. On top of that, I knew the Englewood community and the amazing people I’d met and grew to love and appreciate would fare even worse. Our community isn’t equipped to handle anything like this, and the  numbers of sickness and death show that. We were going to be in big trouble. And when I heard about Miss Gwen….ugh!

It never occurred to me I Grow Chicago would do what it has during this time. This doesn’t happen, only on television. It’s unrealistic to think this small group of workers, and I do mean small, could save and provide for an entire neighborhood. It’s unrealistic to think this small non profit could deliver supplies and necessities twice a week to any growing number of families and people who needed them. And calling to check on an ever growing number of families and delivering supplies, finding and supplying laptops for kids to E-learn and be tutored. Everything about what I was seeing and hearing was just unrealistic. Then again, I believed in Superman, remember.

After a few weeks I stopped worrying, knowing that I Grow Chicago was taking care of my family, along with many, many, many others. Love doesn’t need a name, just a destination. This small group of people weren’t just making miracles happen, and they are making them happen everyday. It may seem like nothing from afar, but so many people are alive or not sick because of what they do. I struggled with my own ways I could help since being there wasn’t a healthy option for me. That’s when I started making phone calls to our extended IGC family to check on them and their families, while also asking others to help with our donation project.

Much of the money I Grow gets for the year to run programming and help deal with situations like a pandemic come from fundraisers, such as Gather in Sweat and the Gather Gala, so a huge part of funding was out. Thankfully the donation project really went well, especially with the matching donor. That made things a bit easier to sell and got more people to help, knowing just a little would do so much!

I’m lucky enough to be able to help organize the annual Gather Gala and my baby, Peace Fest, for I Grow Chicago. It’s my way of giving back, as my community doesn’t get to experience events like this. I appreciate being a part of those moments we can all enjoy as a community. I look forward to the day where we make it through this, and those same faces I worried about and prayed for during these troubling times will be the same faces I see smiling and celebrating when this is all over.