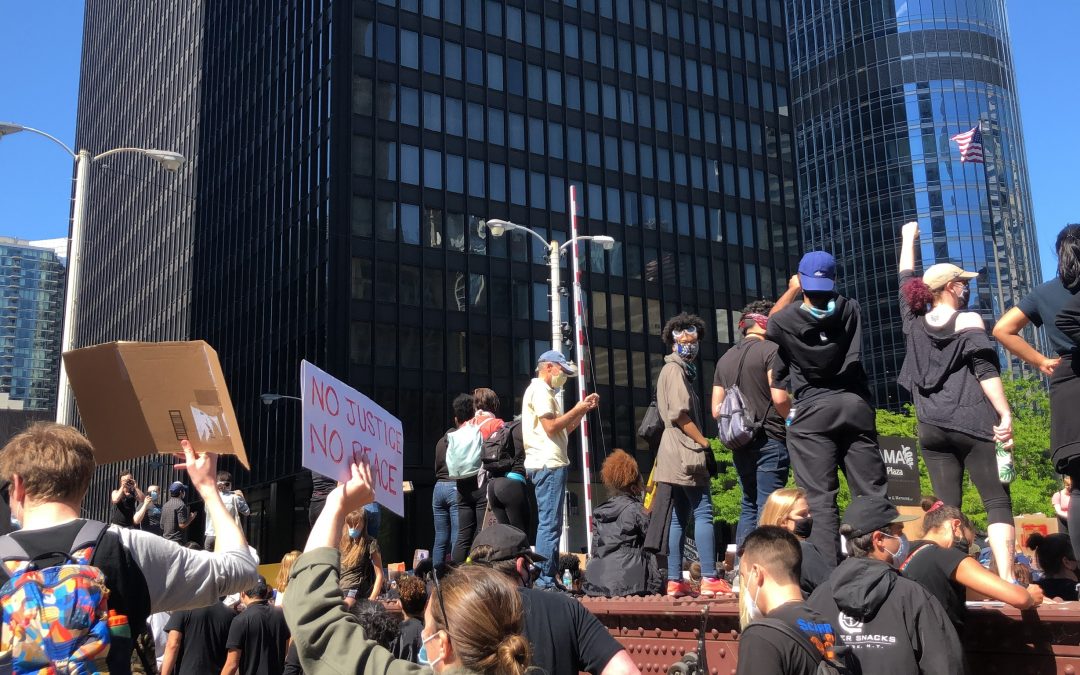 There’s a song by a band called Five for Fighting called “Superman”, which has the lyrics “And it’s not easy to be me”. This statement is accurate on a normal day. (You remember a normal day, don’t you?)  Now imagine what it feels like to be me these days. Some people think they understand. No, more so, as they’ve finally seen and understand the plight of what it is to be a black man living in America. Honestly you have no idea, but I appreciate you sympathizing and supporting my brothers and sister through this weird moment in time, we can’t change things fighting alone. But me? Think you understand what I’m going through? Ok, take a trip with me for a moment:

Watching the George Floyd video and hearing the story sounds like a broken record to me. It’s gotten to the point I’m numb to feeling anything from it. I’ve heard and seen this so many times. Imagine feeling nothing from such an event of trauma. But that’s my reality. I sadly understand that I could be in his shoes any day without a second thought. This is even more on my mind as my anxiety has been triggered earlier in the week by witnessing Amy Cooper use her privilege as a weapon in an attempt to arrest or kill a black man, just because she could. We’ve seen enough instances of where the police will interact with a black male and it suddenly turns into an unwarranted arrest, a beating or death. And here it was right for the world to see. Again, my reality. My reality is cautiously going to the store in a pandemic as a 6’5 300lb black male wearing a mask and coming back home alive, because I fit the profile…..yeah, I usually fit the profile. If I had a quarter for everytime I was stopped or harassed by CPD for fitting the profile, well I’d have a lot of quarters.

So I understand why my people are angry. How long are we gonna take this? Why does this keep happening and nothing changes? There seems to be an incident almost every month where a black male is murdered unjustly and nothing comes from it. How long are police going to directly target black men just on the basis of their skin color? Guilty until proven innocent, and the justice system is against us. Am I just talking crazy now, you wonder? Is this the angry black male speech? No its the afraid for his life black male speech, afraid that nothing will ever change.

And if you grew up that way and saw another black man just die at the hands of the police you’d wanna break and burn things too.

When you come from a life where you are already given less than nothing, while the world flaunts and taunts what it has, you get upset. Change isn’t happening where you are, so you get frustrated. When you already have nothing, then you really have nothing to lose, right? In a world that I want to change it seems only money gets your attention… so let’s go mess up their money, maybe that will get their attention.

I understand this, friends. Is it wrong, probably, but I understand. That’s why I understand when I see familiar faces from this weekend in the streets, in the stores. My mom still lives in Englewood, so naturally I’m concerned. My own privilege has me living in Andersonville, not worried or concerned about the violence or looting. But there’s guilt there, as I’d rather be safely away with my family, who are directly in the middle of things. At one point on Saturday, I was on the telephone with my mom watching store after store near their home get broken into and looted on television. Every store that my family or the neighborhood goes to…ravaged, on live television.

Before my night even ends I find myself down a rabbithole looking for answers. My rabbithole quickly turns into a people search. Many people know I’m friends with activist Damon Williams. He’s more than me than a friend, that’s my little brother, a kid I’ve watched grow and lead with so much courage. Without thought, I knew Damon would be out there protesting, but I wanted to find out where. I knew because I know the kids. Unfortunately before I could get too far in looking, the internet showed me just where he was. Damon was being held at a precinct along with his girlfriend and another activist, Malcolm London. Knowing that didn’t make me feel well at all, because of all the reasons to be arrested in Chicago, Damon generally never gave the police a reason to bother. Plus we know what happens once you’re inside….and if you don’t maybe you should look up Sandra Bland. Before too long Damon was in front of a camera with scrapes and bruises telling an all too familiar tale about being attacked and verbally abused and degraded by police. And before the old narrative comes that he must’ve been combative or fighting the police, please understand that Damon is for non-violence. Even more, just minutes before many of us were reading the facebook post of another friend, and extremely peaceful protestor, tell her story and show off the scrapes and bruises of being humiliated and abused by the police.

And you wonder why we’re mad?

I’d love to make this an anti-police blog. However when I see the television I see so many friends, neighbors, brothers and sisters I love and trust with every bit of my life right there on the front lines, defending, supporting, protecting, confused yet doing their jobs. I hate what’s happening but I also sympathize with the good ones out there who’s professions get crippled by the acts of a few. Oh, hey, there’s my prom date in her uniform on Michigan ave. Oh, wait, there goes my buddy from college. Oh wait there’s…..see where this is going?

If this seems long and a bit confusing, well then you’re getting just a glimpse of how I feel: pulled in so many directions, emotions pushed to the brink…sadness, fear, anger, compassion. How can you feel all of these at once? I have become comfortably numb.

I hope you never have to feel like I felt this weekend.