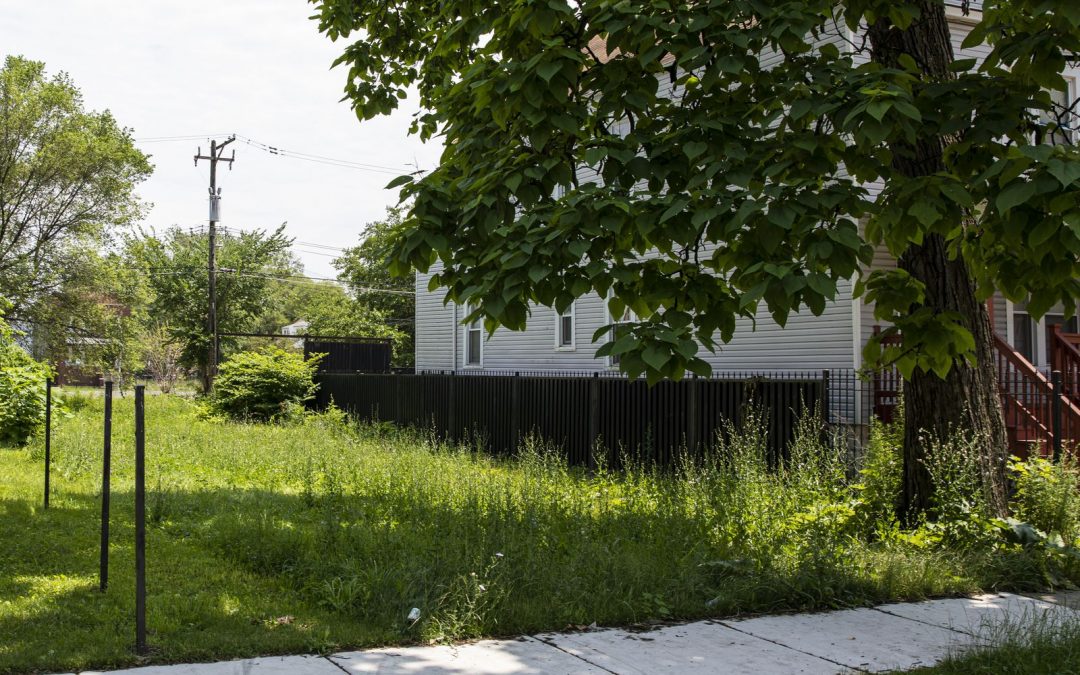 Steven Rogers, an Englewood native, who has spent nearly seven years fighting attempts to seize his properties says: “What we are seeing in the area at the moment is a cleansing. I believe the master plan is to clear all of these poor African Americans out of here, and then they’ll start gentrifying this area.”

This means that homes have been torn down left and right, vacant lots become vacant blocks. This hurts community members and our neighbors who have seen their homes torn down. Karl, one of our community members, has seen homes demolished and torn down, ““When I was growing up, there were houses on each of these lots, and now that I am older, there seem to be two vacant lots in between every home,” says Mables, 30. ‘It hurts.’”

The Chicago Sun-Times covered the issue and how we are working hard to redefine and reclaim Honore Street, “I Grow Chicago has bought three city-owned lots and turned them into urban gardens and basketball courts. They’ve painted boarded-up homes with phrases like “Hope Grows Here.”They’ve also turned an abandoned home slated for demolition into a “peace house” that offers tutoring and yoga.