Behind the Barrier: Voter Suppression 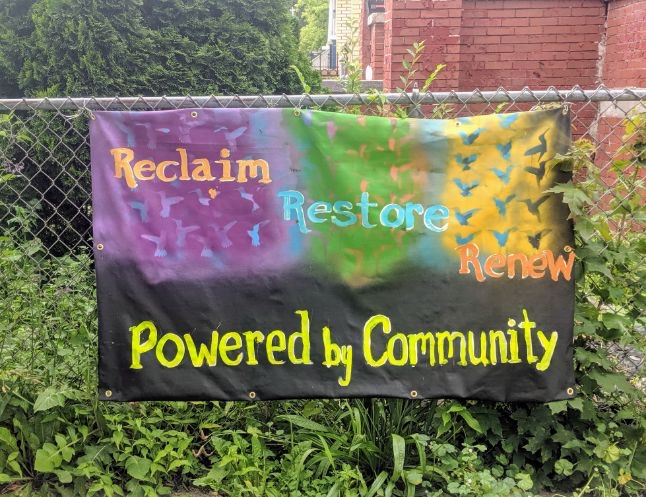 The United States is built upon an idea of equality and democracy, a country built for and by the people. Yet today in 2020, 244 years since the inception of this nation that is supposed to work for all of us, people around the country are prevented from voting and sharing their voices. This month in our “Behind the Barrier” series, we are looking at how voter suppression has affected our community and how we, on organizational and individual levels, can ensure our needs are heard.

Behind the Barrier: Voter Suppression

Our country is in a place of frustration and disillusionment with our current system. We cannot present voting as THE solution to this injustice—there are too many barriers that prevent everyone from participating equally. Without recognition of the bias and barriers to voting, there is a danger of further marginalizing those who have the most at stake in the outcomes of our elections.

46.9% of eligible voters did not vote in 2016, a decrease from the previous two presidential elections. Though it’s a conception that people don’t care or are “opting out,” many people in the Englewood community, and others like it across the country, must overcome substantial barriers to the vote due to the systemic and historical oppression in their neighborhoods.

This oppression takes many forms — before, at, and beyond the ballot.

Barriers Before the Ballot

In nearly every state, people in prison cannot vote. They pay all the same taxes as people who are not incarcerated, but they are barred from participating in democracy in the same way. According to the ACLU, approximately 5.85 million people in the US cannot vote due to felony convictions.

And for the formerly incarcerated, there is often confusion around eligibility to vote because it varies state to state. Even after being in prison, the lack of education about voting for people currently incarcerated means even fewer votes from them after they get out. Our election system actively suppresses the voices of incarcerated people. In some states, including Iowa and Kentucky, people with felony convictions are permanently disenfranchised—they may have completed their sentence, but they can never regain their right to vote.

In Illinois, once you are released from prison you are again able to register and place a vote. However, because there is no nationwide standard, different states have different laws. These different rules are confusing, and there are residents who are not aware that they are eligible to vote.

Mass incarceration disproportionately affects low-income people of color, especially Black people. The block our Peace Campus calls home is referred to as a million-dollar block, or a block where over $1 million state dollars have been invested towards incarcerating residents. Incarcerated people are ineligible to vote and represent a population most afflicted by our system, unable to use their voice to then affect it. Mass incarceration is a major method of suppressing Black voters and maintaining racism in America.

Housing instability creates barriers to registering to vote, both in person and by mail. To vote by mail, you need an address to receive the ballot. Not all people eligible to vote have home addresses. Without a place to send the ballot, homeless people are unable to vote without going in person, which is especially risky during COVID. Registering to vote in-person is easy and fast online, but lack of a permanent address often coincides with lack of internet access. Only 62% of the community we serve has reliable access to internet.

Lack of Representation in Politics:

For those who don’t feel their vote will elect an official who has their best interest in mind, there are not many options available. Although voting has been compared to harm reduction, the “lesser of two evils” framework should not be our default expectation from every election. It shouldn’t be an anomaly that a politician isn’t “evil” at all.

What we’re asking for is not perfectionism but accountability. We must collectively do the work to demand political platforms and representatives that aim to serve the best interests of the people, rather than accepting a reality in which neither party is determined by or concerned for the people. I Grow Chicago firmly believes in the power and necessity of voting in all elections, but we refuse to legitimize a white supremacist narrative that tells people of color it’s their fault they’re oppressed when both sides of the aisle routinely degrade human lives.

Barriers At the Ballot

Closing and under-staffing polling places, limiting early voting days, and restricting voting hours to traditional work hours can create long lines and wait times on election day. Not everyone can take a few hours off of work to vote, especially those who depend on hourly wages to earn a living.

Requirement of a photo ID to vote:

A full list of voter ID laws in every state (including Illinois) is available here. We know that not having a photo ID is a barrier for many of our community members to gaining stable employment. While you can register to vote day-of in Illinois—some states have registration deadlines weeks ahead of an election—if it’s your first time voting here, or you didn’t provide ID with your mail-in registration, you’ll need to present a photo ID.

Voting in-person can not happen without safe and affordable transportation. The community we serve largely did not have access to reliable transportation outside of the CTA before the pandemic, and many reported feeling unsafe on public transportation due to community violence. With COVID, the level of risk has been compounded.

In the midst of a pandemic, the prospect of waiting in line in a common space among strangers presents an additional barrier. Waiting in long lines and going to congested areas to vote in person can be dangerous. For people living in multigenerational homes or with weakened immune systems, this can be a dangerous decision for their household.

Although mail-in ballots provide a potential solution to this issue, there’s a chance and fear those ballots won’t be counted. “If we don’t make a deal that means they don’t get the money. That means they can’t have universal mail-in voting. They just can’t have it, ” Trump said in a recent interview concerning funding the USPS to help encourage mail-in voting to avoid lines at polling stations.

Barriers Beyond the Ballot

Our present administration is in place not due to the majority of voters in the country; 53% of white women voted for our current president while less than 2% of Black women voted for him. Black women are historically more likely to vote for more progressive candidates and to have the highest turn out of any demographic. The public narrative that blames individuals for systemic issues within our voting system ignores the reality of voter suppression and racism and contributes to misinformation. Informed voting leads to a truer democracy; victim blaming ignores reality and discourages marginalized voices from speaking up, not only in voting but in all domains.

There is so much at stake in this election. It is a question of how we move forward and who will take us there. The crisis we have entered ourselves into is the direct result of historical disenfranchisement of, not only the vote, but the perspective and lives of people of color. When we perpetuate a system that is designed to obstruct specific people and uplift others, we design a system that is meant to fail all of us. If we do not address these blaring issues towards fair and accurate representation, we will not find a better solution.

There are US citizens over the age of 18 who will want to vote on election day and won’t be able to; others have been so disenfranchised that they have been unable to vote their voice for years and never will be able to. These barriers limit voting and limit faith in our collective power. Voting may not ever be able to be the end all solution, but it is one of many where unheard voices deserve to be heard. Lives are on the line.

What is I Grow Chicago doing?

We’re working to inform our community about and support them through the voting process, so that all of our opinions—particularly those of a community that our government has so often failed—can be heard.

An ID takes someone far. From receiving government benefits to registering to vote, our Strive to Thrive program that carries people through the process of an ID can make a huge difference in what people can take advantage of from what the city provides. We provide ID counseling and support every Wednesday at our Peace House, including homeless verification letters.

Voice your Vote with us every Friday!

We’re providing FREE transportation to the polls, voter education, and registration. Join us Fridays 10 am – 2 pm to learn about the candidates and legislation on the ballot this year, how to vote, and why voting matters. We’ll be registering voters on the spot and providing rides, bus cards, and Lyfts to the polls. There will also be food, raffles, and activities for the whole family. We will provide face masks and PPE to everyone who needs to vote in-person.

If you can’t join us, you can find out if you’re registered to vote by going to www.vote.org. You can also download our voter guide below to find out what’s on the ballot in Illinois.